The battery is the pedelec’s power source. It supplies the motor with the electrical energy that is required to provide power assistance when cycling. So it is hardly surprising that there is frequent discussion and “talking shop” about the eBike’s battery in particular. What is the difference between batteries? How far can you go on a fully charged battery? What do you have to remember about storage? Thomas Raica, head of technical customer application, here provides information and advice.

1. What is special about lithium-ion batteries?

Thomas Raica: Lithium-ion batteries are among the most up-to-date and common pedelec batteries around. Thanks to their high energy density they can store more energy and are relatively light in weight. We rely on lithium-ion technology for all of our Bosch eBike batteries – our PowerPacks. Bosch batteries weigh about two and a half kilograms and are among the lightest on the market. They also have the highest energy density.

2. How long does a battery last?

Thomas Raica: Lithium-ion batteries are not only light; they also have a long service life. Bosch PowerPacks are designed for many tours, distances and years of use. The smart electronic Bosch battery management system protects lithium-ion batteries from too high temperatures, overloading and deep discharging. A precise life span is impossible to forecast, however. The battery’s service life will depend mainly on the nature and duration of the stress to which it is subjected.

3. How can you influence the service life?

Thomas Raica: To get the longest service life out of a battery eBikers need only to follow a few simple rules in respect of protection, transport and storage. They include storing the battery in a dry environment and protecting it from direct sunlight at a room temperature of around 10° to 20°C. The ideal charging level for a battery is between 30% and 60%. Ideally, the battery should be recharged at room temperature. When transporting an eBike it is important to remove the battery from the bike and store it safely in the car.

4. How long does it take to charge a battery?

5. How far can you travel on one battery?

And which factors affect the battery’s range? Thomas Raica: For many eBikers these are crucial questions to which there are, however, no generally valid answers. The answer can differ enormously – from less than 20 to well over 100 kilometres on a full battery charge. Many different factors affect the range. They include the assistance level, cycling behaviour, air resistance, the cyclist’s weight, tyre pressure and, of course, the terrain. What are the ground conditions? Am I cycling on a paved road, a farm track or a forest trail? Does my route include ascents or consist solely of flat and open country? All of these factors influence the battery range. If you are planning a tour, a visit to www.bosch-ebike.com is highly recommended. The website includes a range assistant that takes the different factors into account and gives you an idea of how far you can expect to travel in the conditions that you specify.

6. What precautions should be taken in winter?

Thomas Raica: A general rule is that cold weather reduces battery performance. That is why, in winter at below-zero temperatures, it is advisable to wait until just before you set out before attaching to your eBike a battery that has been charged and stored at room temperature. If you have not used the eBike for quite a while – in winter, for example – the battery should be stored in an environment that is dry and cool at about 30% to 60% of its charge capacity.

7. What must be borne in mind when cleaning the battery?

Thomas Raica: A pressure washer is unsuitable for cleaning an eBike, especially its electronic components. We recommend wiping the battery with a damp cloth. Do not use strong detergents that might affect the surface and always remove the battery before cleaning the eBike. Its plug connectors should also be cleaned and lightly greased from time to time.

8. How are batteries best charged?

Thomas Raica: PowerPacks with their lithium-ion cells can be charged for as short a period as you like irrespective of their charge status. The PowerPack’s integrated battery management system, combined with a Bosch charger, protects the battery from overload when charging. Interrupting the charging process does the battery no harm. An important point to bear in mind is that eBike batteries should only be charged with the right charger because irreparable damage might otherwise result and warranty or guarantee claims might become invalid.

9. How often can a battery be recharged?

Thomas Raica: Even after 500 full charges the battery will still retain a high capacity. 60 to 70% of the original capacity will then still be available. In an ADAC test carried out in autumn 2015 a Bosch eBike battery was fully discharged and recharged 1,515 times before it retained only 30% of its original capacity and was no longer of any real use. This means that the battery would have been sufficient for up to 57,000 kilometres – or one and a half times round the globe.

10. Where can batteries be repaired?

Thomas Raica: High-quality lithium-ion batteries like the Bosch PowerPacks are complex, finely-tuned systems the repair of which requires special expertise and elaborate production facilities. That is why a defective battery must in nearly all cases be replaced. We recommend the following procedure. First, let the dealer check whether the battery really is defective and has, for instance, a fault in its electronics. That is something the dealer can check using the battery management system and the diagnostic tool. If the battery is defective, the dealer will dispose of it with due regard for the safety regulations.

11. How do you dispose of an old battery?

Thomas Raica: The dealer will ensure that a Bosch PowerPack is disposed of in an environmentally sound way free of charge. Disposal is handled by Germany’s GRS battery recycling system. Valuable materials are returned to the raw material cycle, thereby conserving resources.

Thomas Raica, a 50-year-old mechanical engineer, has been with Bosch for 24 years. As head of Technical Customer Appliation department at Bosch eBike Systems his responsibilities include maintaining relations with bicycle manufacturers and collaboration with customers in the field of development. To take it easy from his innovative career environment, Thomas, a father of two, is a vintage car lover after work. In his spare time he is also a keen mountain biker and enjoys swimming. 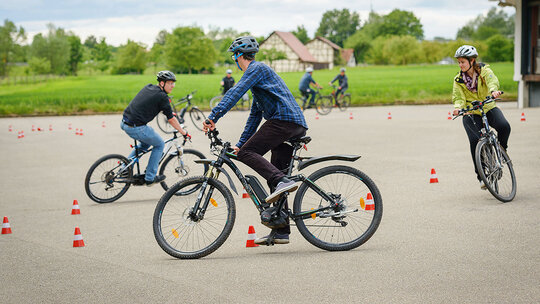 Staying save with an eBike

More weight, a little higher speed and different handling characteristics – there are small, yet subtle differences in comparison to a conventional bicycle. Therefore we compiled some important eBike riding technique tips for beginners. 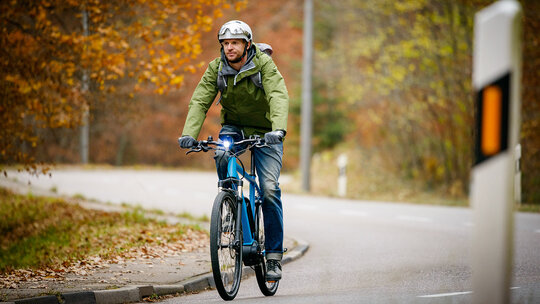 Savely through the winter

If you follow a few important rules, and if you don't mind the winter winds on your face, there's no reason why you can't get safely through the colder months with your eBike. 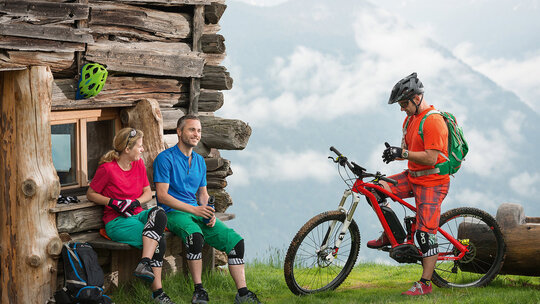 Combining relaxation with exercise – that's what many people consider to be the perfect holiday. And travelling with one's eBike – in particular – is becoming more and more popular. We have now compiled a number of important tips. 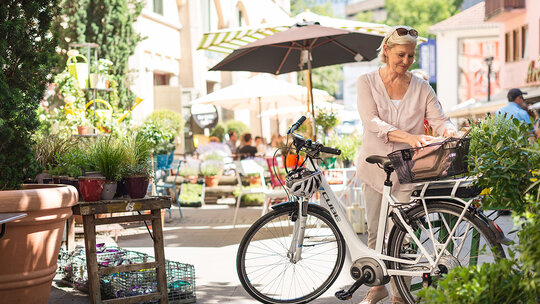 10 reasons for an eBike

eBiking is proving very popular. For young or old, for urban or sporty use, the eBike’s electric power boost makes cycling more relaxing, you travel longer distances and you reach your destination feeling fresher. 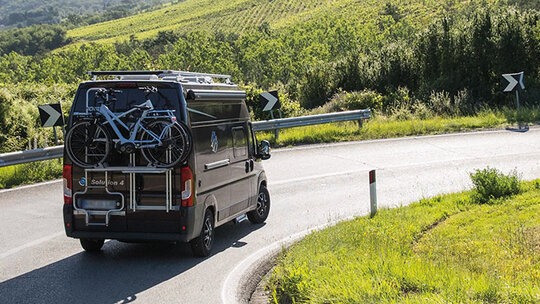 How do I transport my bike safely? How do I clean my eBike properly? Bosch eBike Systems informs about the means of transport as well as dos and donts when cleaning your ebike. 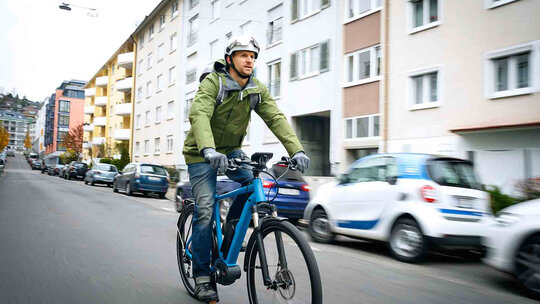 Commuting with the eBike

Commuting with the eBike keeps you fit, saves money and is good for the environment. So why not leave the car in the garage for once, jump on one's pedelec and enjoy the gentle support it provides as you cycle along?

A new eBike delivers great enjoyment, provided that the specialist dealer has given comprehensive advice and recommended the pedelec that meets your exact needs. Finding the right dealer is simple. How? We explain here.

Want to make sure you're always up to date?

Our website is available for different regions and in different languages. Would you like to choose another language?